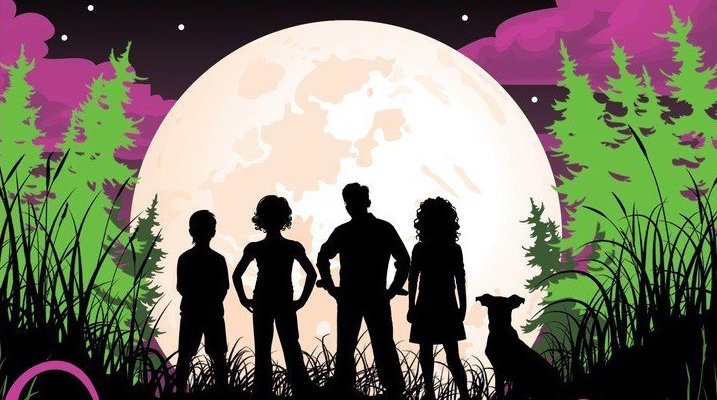 What if Scooby Doo was real? Like really real.

And not only is it hilarious, there’s not a boring page in the entire book.

By the end of Meddling Kids, I was left wondering what had just happened. And, more specifically–as a writer–how Cantero managed to pull it off.

It’s the story of a group of kids, now in their twenties, who’d gotten a little off track in life. They had shared trauma. And it wasn’t all it was cracked up to be.

But now, the one thing they couldn’t run from was their past. And so their paths converge again, some reluctantly, and they come together to face what they’d been running from for the last decade or so.

Except, whatever they thought it was…it was worse.

One of my favorite parts was the narrative devices he used. For Cantero, nothing is off limits. Even the page he’s writing on. From time to time, he switches from a standard paragraph format to a rapid-fire movie script. And, it worked. It worked so well.

But, I think, my favorite part is when he switches to the dog’s pov. Just randomly, there’s a new character in the scene. And he’s a little…off. Until you realize, oh, it’s the dog. And he’s talking now. Okay.

It’s that kind of book. And he’s one of those special few authors who can pull it off.

I read this in print, and also listened to it in audio. If you get it on audio, the narrator (Kyla Garcia @KylaVictoria) does a wonderful job.

Whenever I find a great writer, I start reading all of their stuff. After Meddling Kids, I picked up Cantero’s 2019 release, This Body’s Not Big Enough for Both of Us.

It’s about a set of twins that share the same, single body. And they solve crimes. Naturally.

In some ways, it’s classic noir like Dashiel Hammett. But in other ways, it’s, well, just a completely irreverent, out of control, story.

Cantero is a character writer through and through. And his characters are a constant smattering of cliches-used-right with never ending pop culture references.

In that way, it really doesn’t matter what genre he’s writing in. Good writing is good writing.

Edgar Cantero is a top-shelf writer. Quite rare. No denying that.

But Meddling Kids and This Body are both R-rated–or maybe even a little beyond. Lots of swearing. And…occassionally a little bit of mature content. So, trigger warning.